MARCH 1916: ‘The South Staffs then went into the trenches at Neuville St Vaast – holding the line which was known as the Labyrinth.. . .’

‘The shocking condition of the trenches at Neuville St Vaast was caused by the severity of the weather and owing especially of the enemy. The 6th South Staffs  underwent some of their worst experience.  The snow storms of the period and the hardship was keenly felt.  Bosche’s activity underground added to the strain.  Mines are the most unpleasant form of trench warfare.  South Staffs were blown up no fewer than 9 times.’

19th Mar. Sun.  Proceeded to the Trenches EAST of NEUVILLE ST VAAST in the relief of 6th South Staffordshire Regiment.

25th Mar. Fri.  About 7.10 am enemy opened brisk grenade attack.  Our grenadiers replied vigorously. Artillery support good.  Our guns bombarded the Crater B.6 at 3.0 pm and 9.2’s firing 15 shells, 4 of which were blind and 3 falling short, the ninth shell burst short, striking the parapet to the right of the dugout of Officer Commanding 064 Trench, burying Lieuts F. Wilkinson and A. L. Dawson, Forward Observing Officer 2nd Lincoln Battery, a piece of the same shell wounding 6954 Pte S. H. Simpson.  The Forward Observing Officer had previously phoned that shells were dropping short, but was unable to speak direct to the Battery.

Treasured Sayings in Letters from Home:

I wonder if you ever think that it happens, some Sundays, circumstances make it very difficult to get a letter written to you. I am determined to write to you to day.  I received Dad’s letter last Tuesday.  His report is ‘untrue’. 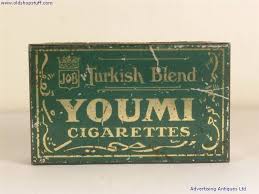 On Friday I had a very nice surprise of another parcel from Miss Foster*, with a tin of Youmi Turkish cigs for Sydney.  Miss Foster thinks he is with me now.  I got  a F.P.C. (5) from Sydney this morning saying he was at the Base.  I noticed he crossed out ‘Received letters, parcels, telegram’  although I wrote to him about Mar 5th to Derby.

How is Harold getting on? – just remember me kindly to him. Although I rarely mention him in my letters I am generally thinking of him & always mention him in my prayers.  It does puzzle me about his promised parcel & I am beginning to think he cannot have had my letter of Mar 5th.

Trusting you are having a pleasant Sunday.  I enclose the form for Com(mission).

NB The name  ST VAAST was to resonate with my father twenty years later when, in 1936, he became Vicar of St Vedast’s Church Tathwell, near Louth, Lincolnshire.

ST VAAST (Flemish, Norman, Picard)(English Vedast, Foster) AD 453 -540, was responsible for the conversion to the Christian Faith of the Frankish King Clovis. (St Remigius, Bishop of Rheims, appointed him 1st Bishop of dioceses of Arras & Cambrai). Many churches in Northern France, including the Cathedral at Arras, are dedicated to him, whereas he is Patron Saint to only two churches in the UK: St Vedast Foster Lane, London and St Vedast, Tathwell, where I was born on his Day, 6th Feb.

(1) The Labyrinth, Neuville St Vaast, on the slopes of Vimy Ridge, north-east of Arras:-  a grim underground fortress of caves, tunnels and entrenchments cut into the chalk in ‘a lunar landscape of water filled shell-holes & destroyed trenches’ – compounded by ‘stench of rotting bodies’. A place of ‘horrific fighting’ and crater warfare, with 1/5th Staffords blown up 9 times.  Pte Bertie Hibbett’s Listening Post would have been deep underground.

Vimy Ridge is a 9 mile/15 km long hump-backed barrier, rising from the valley of River Scarpe to a peak of 145 metres to drop abruptly into the valley of River Souchez.  An area fought over since Roman times, it commanded the Douai Plain and protected Lille and the coalfields of Lens. cf <http://www.battlefields.com/the-battle-of-Vimy-ridge&gt;