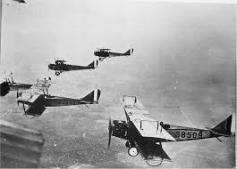 Pte BERTIE HIBBETT: A Little Book of Words & Doings. ‘Nov 11th-Dec 4th. Our old Colonel Crawley* (3) came  & shook hands all round at Lastrem nr Neuve Chapelle. He was then on Staff over Base. ‘How awfully unfortunate’, he said to Vernon, in Neuve Chapelle trenches.  Vernon had old   complaint of losing his voice & had a trench foot.’

We have been marching from 10 this morning till 4 this afternoon.  Came out of the trenches yesterday, Saturday, slept a rough night. Was paid & issued with deficiencies last night also.

Very pleased to get Dad’s long letter on Friday night, the length of it surprised me as he generally sends short epistles. I read the letter in a ‘rat-hole’ of a dugout, taking some of my hour’s rest as I was on sentry duty all night – 2 (hours) on, 1 off.

‘For rough work only and no marks given for work done on this page’ (4) quite amused me.  I think Dad’s letter deserves full marks.  Am looking forward to the promised parcel.

I heard from Sydney the same day, but in the morning, correspondence with him seems to be very queer, the Con. Camp which he is in cannot be at the Base. I sent him a Field PC on Nov 23rd  – & in his letter of 29th he said he received a FPC of mine on 28th (most likely the one I sent on the 23rd).  Well I got the FPC back on the night I got Dad’s letter &  I (had) addressed it to Z Coy. Conval: Camp – marked on it was ‘Line’.  I should like to write to him & send him some of his letters from friends, but cannot rely on ‘Convalescent Camp Rouen’ which he has written at the top of his letter.

I was very interested to hear about some of the Walsall people.  Bates* (5) was probably on Home Leave; he joined the Inns of Court OTC & was at Berkhampstead last time I heard from him (at Hospital).

I think Ida is keeping a pace (6) parallel to the strain of the men at the front – congratulations!  Now I must draw my tea rather late to day, because of the march. I then shall look out for the post as the rations & blankets will have to be drawn at the same time. We have had sheepskin coats (7) given us again, but have given them in again now, owing to our moving.

I think I will leave off now & let this be another Sunday, Monday letter.  I wonder if you got my letters from Stir Up Sunday & the one I wrote on Dad’s Birthday enclosed in a green?

I thought of you all in Church on the march.  Basil’s chatty letters – I treasure his description of the commotion in Church caused by a cat (was it?) – did amuse I.  I have not yet had Miss Foster’s scarf. She would be indeed a lightening knitter if she had knitted the scarf by now, very good of her isn’t it?

Yes, Coms: are rather com: everyone seems to be going in for one out here (8).  You did surprise I, when I saw Basil’s writing on the outside of the envelope.  I thought you were going to leave it until I came on Home Leave, & then again I have not said I particularly wanted one.

I shall have to be concluding now, poor Mum, I thought, writing at such a late hour.

I am sleeping in the loft & the orficers sleep, dine & enjoy ’emselves in rooms set apart in the farm house.

I hope you have not been anxious not hearing from me & answering Dad’s letter, I have not had an opportunity of writing.

Many thanks for the pencil & paper.  I shall be able to send greetings now to all friends at Christmas, but I have an idea I shall be at Home to see them then.

Serjeant Sydney Hibbett’s exact whereabout begin to raise anxious thoughts in Pte Bertie when his Field Postcard is returned from Rouen Base and he is on the move from Neuve Chapelle. He needed to consult his brother about applying for a Commission as his parents wished him to do (probably in the mistaken belief that he would have a more comfortable time as an orficer (sic)).

Neuve Chapelle’s shattered Crucifix would be a lasting influence on my father and his Good Friday Posters: ‘Is it nothing to you all ye that pass by?’ (Hebrew Bible Lamentations 1.12.  Date trad. after Fall of Jerusalem 586 B.C.).

See The Cross at Neuve Chapelle, the story of how the Germans used the Cross as a marker for shelling & how the British dealt with the problem <https://www.the atlantic.com>

(1) Crump: Soldier’s Slang for German 5.9″ shell (or sound of it bursting/onomatopoeic). http://www.wakefieldfhs.org.uk/warslang.

(8) Kitchener’s New Army (as distinct from 1st Army of 400,000 soldiers which serviced the British Empire i.e Old Contemptibles) was led by temporary officers, recruited from public schools/ often university graduates with some military training in the O.T.C.  A portion of officers were from the ranks (‘temporary gentlemen’).  Royal Sandhurst gave just one month’s intensive training, so desperate was the need to replace horrendous losses of 1914-1915.

(9) Entrain:  possibly in uncovered wagons as illustrated or in cattle trucks.

Don’t you feel sorry for Sydney?  I do – don’t feel sorry for me.  (Just gone to put another record on the Pathephone)  (1) – ’Cos I am quite happy you know.

I am in No 6. Ward of No 9. General Hospital.  Oh! the difference after coming from the trenches – all spick & span neat beds, neat everything and meals served out to us.  Porridge for brekker, vegetables with our dinner & cocoa & milk at night.

All this I owe to Sydney, who I found out consequently, had recommended me for a rest.  Twenty of us came down a week last Monday & all had to go up the line again 4 days afterwards.

Thought I was going, but there happened to be a Medical Inspection & I was marked unfit & sent here.  All wots up we me is that I’m run down, & blood out of order.  So I was vaccinated larst night (2).

If you want to send me anythink it must be in the way of biscuits & chocolate if you like.  I ’ope as you are still Enjoying yourselves.  I guess Harold has by this time gone to Bedale (3).

Tell me when you go home.  I am expecting a letter from you today. So will leave the last page blank until the post comes.

There goes the bugle for letters.  We have all the bugle calls (4), in fact everything is done Regimental Style, from Parade Calls to folding the dish cloth neatly into four.

I hope Ida will keep the letters I’ve sent you so that you can read them too.

After Tea.  No letters forthcoming today, rather disappointing, hope for the best tomorrow – a letter so enlivens me up.  We look uncommonly like Germans with our hair cut short (5).  I wonder if you could manage to send me some more hard boiled eggs like Bailey* used to get.

Pte Bertie waited 10 days in Hospital before writing directly to his Mother, still on holiday to inform her that he was ‘run-down‘, with ‘blood out of order’.  Ailments: ‘facial paralysis‘ from boils on face, neck & head;  boils & sores on legs. Treatment: ‘hot fomentations’  ‘vaccination’ & shaved head to get rid of lice.

(3) ‘Vaccinated’:  for what  is unclear; could be against trench fever.  (4) Bugle Calls: short tune/ military signal to announce scheduled order/ event of the day. List of Bugle Calls with music notation <http://www.wikipedia.org/wikiBugle_call&gt;